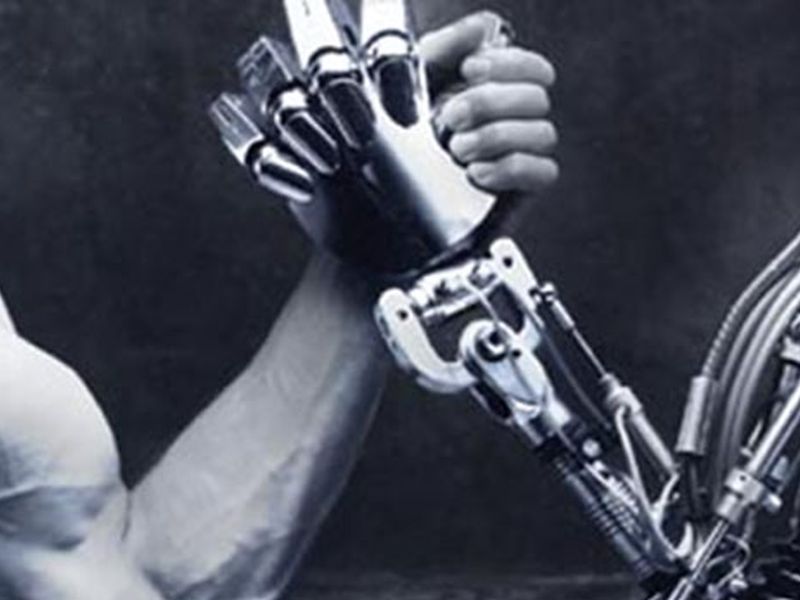 Many of the movies we watched in the 80’s and 90’s painted this post-apocalyptic picture of the machines rising up and taking over for their human counterparts. Did you know that long before Arnold became the Terminator that artificial intelligence (AI) was being theorized as a way to use data to create efficiencies.

In 1950, English Mathematician Alan Turing published a paper entitled “Computing Machinery and Intelligence” which opened the doors to the field that would be called AI. John McCarthy official coined the Artificial Intelligence in 1956 during an academic conference on the subject. For the past 60 years, AI has been used to advance search algorithms, machine-learning and integrating statistical analysis into the way we make decisions.

Historically, AI has been used to understand purchasing decisions, automate big data analytics and create influential marketing campaigns. The reality of AI has fallen short of expectations. Look no further than Back to the Future II where in 1989. Steven Spielberg and Robert Zemekis hypothesized that by 2015, we would have flying cars all over the road. While the grandeur of the expectations did not meet reality, by 2015 the film’s vision did come true in the form of augmented intelligence.

Augmented intelligence is defined as an alternative conceptualization of artificial intelligence that focuses on AI's assistive role, emphasizing the fact that it is designed to enhance human intelligence rather than replace it. For example, in 2015 we did have both hoverboards and autonomous cars, both firmly planted on the ground, that each have some level of intelligent automation, but still require humans at the control.

If we look further at augmented intelligence in cars, today we have lane keeping assist, blind spot monitoring, rear-view cameras and GPS guidance. Notice that in all of the intelligent features, they are there to assist, monitor and guide, rather than replace the human element. One of the leaders in the field of AI, IBM, said, that it is focused on augmented intelligence, systems that enhance human capabilities, rather than systems that aspire to replicate the full scope of human intelligence.

The AHRQ defines the term alert fatigue as how busy workers (in the case of health care, clinicians) become desensitized to safety alerts, and as a result ignore or fail to respond appropriately to such warnings. Unfortunately, alert fatigue can lead to unintended, and sometimes, significant patient safety hazards. While there has not been much research on the subject, A 2011 Boston Globe investigation identified more than 200 deaths over a 5-year period attributable to failure to appropriately heed alarms from physiologic monitoring systems.

Augmented intelligence can be applied to mitigate the risk. We live in a world of big healthcare data. In this world, it is difficult to quiet the noise and find the signal. We also are limited in the data that the EHR collects. The EHR focuses on clinically relevant data that does not take into consideration the social determinants of health which can help paint a 360-degree view of the patient for better risk stratification. By applying augmented intelligence, a clinician can combine both clinical and social patient data, to personalize the care for the individual they are treating. This brings a more human element to care.

IBM’s position on AI is more of a tool to guide and assist human decision making rather than replace it. “We call our particular approach augmented intelligence … Cognitive computing is a comprehensive set of capabilities based on technologies such as machine learning, reasoning, and decision technologies; language, speech, and vision technologies; human interface technologies; distributed and high-performance computing; and new computing architectures and devices. When purposefully integrated, these capabilities are designed to solve a wide range of practical problems, boost productivity, and foster new discoveries across many industries,” IBM responded in request to a government RFI on AI.

At Care Experience, we create that singular display that allows the clinician to harness the power of augmented intelligence to quickly arrive at the best decision for that particular patient. This automation can save time, and more importantly, can save lives. Working together, augmented intelligence can integrate data algorithms of AI with the human decision-making skills of the clinician. The result is a more personalized patient experience.

To learn more about how Care Experience combines the AI power of IBM Watson into an augmented intelligence decision making tool, come see us at the TVR Communication/pCare Interactive booth at HIMMS (Booth 11657-03) or click below to learn more.

To learn more about how Care Experience combines the AI power of IBM Watson into an augmented intelligence decision making tool click below to learn more.